A general classification of marketing used to describe the population is the Socio-Economic Classification or the SEC. It was created in 1988 and ratified by the Market Research Society of India (MRSI). According to the SEC, consumers were classified based on the two basic yet essential parameters. The occupation and education of the (CWE) Chief Wage Earner or the Head of the household were considered to determine socio-economic segmentation. IMRB International was the original developer of this concept. It emerged as a way of understanding the market segments and consumer behavior. In the mid-1980s, MRSI adopted it as a measure of socio-economic class. Today, the SEC is used widely as a market segmentation tool.

Traditionally, SEC was of two types: Urban Grid and Rural Grid. The Urban Indian households were classified based on two parameters- Education and Occupation. The Chief Wage Earner’s (CWE) education status and occupation are taken into consideration while segmenting them into seven groups, i.e., A1 to E2. On the other hand, Rural SEC Grid uses education and the Type of House, i.e., pucca, semi-pucca, and kaccha. These measures of socio-economic class are further utilized to classify rural Indians into four groups, i.e., R1, R2, R3, and R4.

Socio-Economic Classification Works according to the following grid.

The SEC works according to its grid. There are eight classified educations and occupations in the urban grid, including:

The table above is relatively self-explanatory. The data is classified into three classes which include upper, middle, and lower classes.

From A1 to B1 is the upper class, the middle-class is in segments B2 and C, and D to E2 is termed lower class.

About the Rural SEC Grid:

In the rural SEC Grid, the Indian population is classified based on the education of the chief wage earner of the households into sections R1, R2, R3, and R4.

In the above table, R1 denotes the Uppermost class while R4 is the lowest class.

Limitations of the old SEC:

Though Socio-Economic Classification is widely prevalent among marketers, it’s got a few limitations. These drawbacks stem from the fact that it considers only two parameters, i.e., Education and Occupation. The assumption attached to the socio-economic segmentation is that higher education generates higher income. Therefore, people with higher educational qualifications have a higher consumption potential. Well, the assumption is not entirely accurate and cannot be considered for large-scale Classification. Sometimes, people with lower education also generate higher incomes.

To solve the problems arising from the older SEC, the Market Research Users Council (MRUC) created a new classification termed NCCS, i.e., New Consumer Classification System. It helps marketers plan their media expenses efficiently. Marketers analyze and derive an idea of what consumers need and what they already have. It is primarily used to determine the purchasing power of the consumers.

The NCCS measures a Household Premiumness Index (HPI). HPI considers factors such as demographics, the highest education in the household, the number of working members, and the housewife’s education. It also takes into account the number of Consumer durables (pre-decided from a list of 11 items) owned by the family. The list of 11 things is Color TV, Personal Computer/Laptop, Electricity Connection, Air Conditioner, Ceiling Fan, LPG Stove, Two Wheeler, Refrigerator, Agricultural Land, Washing Machine, Car/Jeep/Van.

In the new system, there are 12 grades, starting from A1 to E3. The NCCS is beneficial in the following ways:

There aren’t significant drawbacks to this system. However, minor changes in the system are bound to happen because “consumer durables” penetration changes faster than education or occupation. 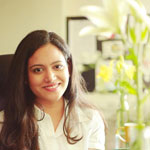 We use cookies on this website to help us understand and improve customer experience. ACCEPT
Go to Top